Lei Bougainvillea is a realistic because of the paper thin colored petals of the real plant. The satin petals we use are translucent and paper thin, much like the real plant. The greenery is also varied in color making it look very real. Make one or both. It's time consuming to make but worth the effort!

Bougainvillea is not natural to Hawai'i. Louis de Bougainvillea, a French Navigator, first discovered the Bougainvillea in Brazil giving it it's name.The plant evenually found it's way to Hawai'i by way of Father Alexis John Augustine Bachelor who carried ti the coast of Honolulu in July of 1827. The father and his companions were denied residency While the A;i'i took this matter into consideration, the Fathers Missionaries began preaching. This was not welcomed by the Protestant or Morman missionaries. Since the existing religions had the ear of the Ali'i, the Catholics were ordered off the islands and forced to take up residence on the Waverly (a prison ship in December of 1831.

Father Augustine tried agin to tame the Hawaiian natives in April of 1837. King Kakuanaoa gave them permission to access teh islands, however, on April 29, 1837 he requested they leave. Besides bringing the beautiful Bougainvillea to Hawai'i, Father Augustinet left behind a number of works in Hawaiian grammar and early dictionaries as well as a prayer book in native Hawaiian.

This DiY lei can be made in various colors. Each bloom conists of two colors to give each bloom depth and texture.

This DIY Lei is for the Head. It is made from Satin and Silk ribbons and cuttings using a Kukui nut closure and satin tie. It comes in several color combinations.

Instead of the lei for the head, you might opt for one for the body instead, this is the lei for you. It is continuous and topped with a satin bow. Note all flowers are actually two different colors. This gives your flowers depth. Choose from the many color combinations. The lei shown is Burgendy/Fushia.

If you can't decide and want to make both of them, you can. Like the other styles, the flowers are two different colors. Choose the color that suits you best. 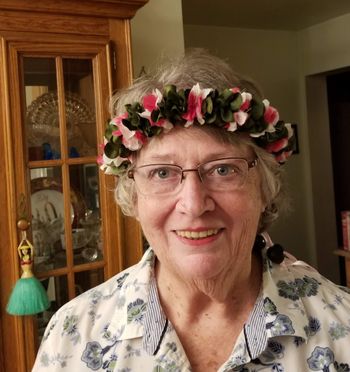 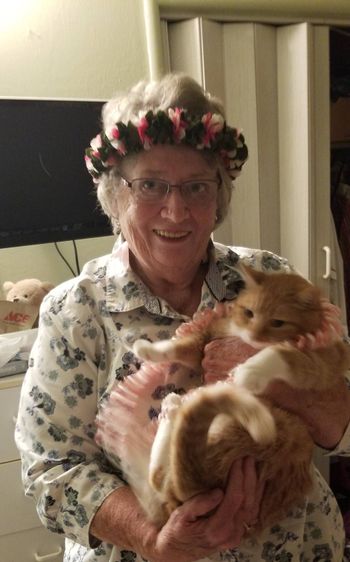 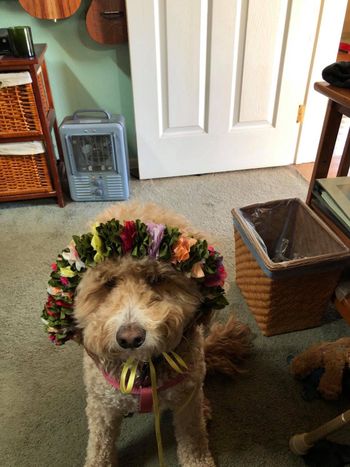 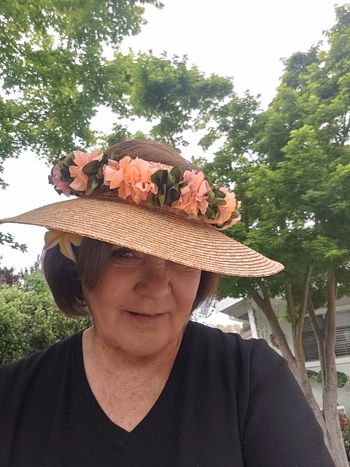 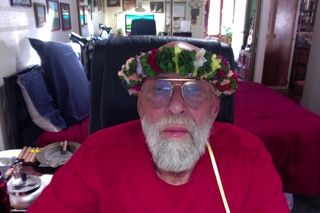